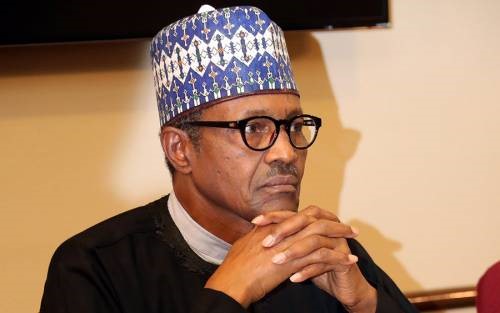 Members of the Coalition of Concern Northern Elders for Peace and Development on Monday expressed concern over the continued silence of the President Muhammadu Buhari to the growing calls for him to rejig the security architecture in the country.

According to them, the resolutions of the National Assembly that the President should act swiftly to stop the increasingly bad situation was enough for him to act, given that they are the representatives of the people.

The COCONEPD, in a statement by its National Chairman, Dr Mohammed Suleiman, and National Secretary, Hajiya Mairo Buni, said the worsening security situation in the country had caused untold hardship on women and children in both the North-East and the North-West.

The organisation said the insecurity in the country had reached a boiling point, adding that only the sacking of service chiefs as the first step in addressing the ugly development could be acceptable by Nigerians.

The northern elders said that the 2021 budget proposal that was presented to the National Assembly by the President could be difficult to fund should the President fail to address the situation immediately.

The statement read in part, “We are compelled by the current state of the nation, especially as it affects the security of lives and property in Nigeria, particularly in the North to issue this press statement.

“This coalition became very necessary and urgent to lend our voice to the growing insecurity and call for the sacking of the current service chiefs and total overhaul of the security architecture of our country before it is too late.

“We are worried about President Muhammadu Buhari’s silence despite calls by every arm of Nigeria, including the National Assembly. Some international organisations and authorities have faulted our security architecture and called for the need to restructure the same, yet Mr President is still not moved?

“Is he waiting for all Nigerians to die first? In a constitutional democracy, the people are the employers of the President, and for a President to write his name in gold, he must listen to the people.

“We in this group insist that President Buhari is a good man that means very well for Nigeria and Nigerians, but we strongly believe that he is being misled daily in the happenings of the security.

“No Nigerian sleep with his eyes closed anymore. Our roads and homes are no longer safe because of robbery, kidnapping, banditry and Boko Haram terrorists.”

The organisation said that apart from Maiduguri town, there had been no community in Borno State where people could sleep with their eyes closed.

The COCONEPD said while malnutrition “is the order of the day in IDPs’ camps across North-East”, investors had been “leaving the country daily because of insecurity.”

The group added, “We call on the President to take this first step and follow it up with restructuring the entire security architecture of the country for utmost results. Nigerians, especially the youths, are tired of the level of insecurity in the country. The large turnout by youths on the #EndSARS campaign across the country is an indication that Nigerians are tired of excuses.”