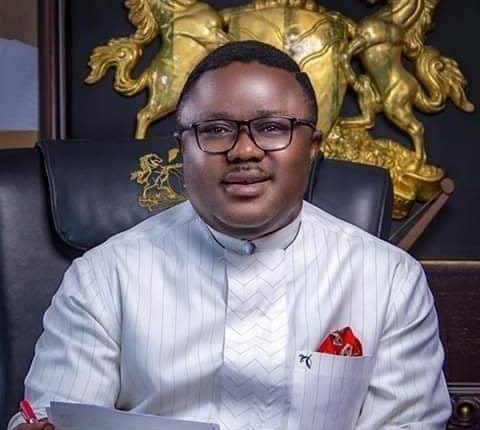 Cross River state is poised to harness economic potentials that abound in the Gulf of Guinea.

To this end, the state government is facilitating the establishment of a new Commission to enhance trade between the state and the 13 countries that make up the Gulf of Guinea.

The state governor, Sir Ben Ayade disclosed this Tuesday at a meeting with the management of the Nigerian Ports Authority (NPA) in Calabar after a visit to several companies at the Export Processing Zone, EPZ, in Calabar.

The governor expressed optimism that economic opportunities in the Gulf of Guinea if properly tapped will go a long way in creating jobs for the people of the state, adding that Cross River is well suited because of its geographic location, to play a leading role in the gulf.

Ayade: “We are here today because the entire Gulf of Guinea has become a new trading centre with a trade value in excess of $1trillion. Nigeria has to take a major share of that and Calabar presents itself as the most strategic in terms of municipal suitability to play the role as a municipal centre for the Commission.

“So, given that background, we are looking at EPZ, looking at NPA, looking at NIWA and looking at the possible collaborative facilitation on how we can be in synergism with all these public sectors, work together with the private sector to use Calabar as the main export hub to be able to bring back life into the Export Processing Zone again using NPA as our mother support system in terms of the maritime travels.

“We are here for you (NPA) to tell us the bit that you know other than the liquid items , the dry board items such as pepper, cashew nuts , matrasses, and so on that we can export from here to Gabon, Cape Verde, Equitorial Guinea and Angola.”

According to him, the proximity of Calabar to most of the Gulf of Guinea countries makes it imperative that Cross River maximizes the advantage.

“Just 15- 20 minutes flight and you are on the other side and those countries basically depend and rely on European countries to get goods as simple as soap, toothpaste yet we produce all of these in excess here. So we are looking at most of the factories that have shut down in EPZ, we are looking at the Ayade Industrial park which is also in the final stages of getting a free zone status, we are saying we need to get more and more Cross Riverians in the private sector to come in, take advantage of some these empty factories that we have got and see how we can produce.

“But what do you produce? We need to talk to NPA because they have an idea of what is being taken out of Cross River State or out of Nigeria and what is really coming Into this country. We are talking about legal trade now with our emphasis not on Petroleum products because there is too much illegality in that trade.
“We are looking at things that can create jobs for our people, things like growing your yams, processing it into yam poundo and exporting it, growing your maize and processing it into feeds and exporting it.”

Earlier, the Manager of Calabar Port, Marie Asein said the governor’s visit was timely as it afforded her the opportunity to enumerate challenges facing the facility.

She commended Governor Ayade for the Gulf of Guinea initiative saying it would go a long way in breathing life into the Calabar port.

Her words: “Thank you Your Excellency for coming here to brief us on your intentions concerning the municipal Gulf of Guinea that has been set up.

“This is a long awaited project that we have been eagerly waiting for, this is because people out there feel there is nothing going on at the NPA.

“So seeing that the Cross River State government is eager to ensure that export of goods between Nigeria and countries in the Gulf of Guinea begins, especially in the agricultural sector, is very encouraging and once these goods are available, then we are ready to start.

Continuing, Asein said: “Having ready exports available for the shipping companies will greatly encourage more companies to bring in goods through the Calabar port.

“The container vessels we had coming in last year is almost grinding to a halt because there are no goods to take with them when they’re going back.”

His Excellency, Governor Ben Ayade’s broadcast to the state

Ayade Orders Security Agents Not To Shoot The Crowd