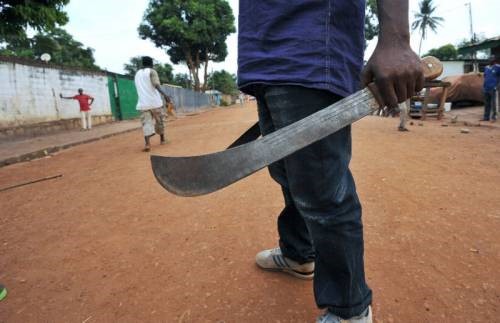 The cleric while speaking with journalists on Monday said the allegations were false and aimed at maligning his person and ministry.

While calling for a thorough investigation into the matter, Adebayo said all those making the accusation against him must seek forgiveness from God.

He said, “On September 12, someone called to inform me that there was a publication accusing me of sending hoodlums to Ayobo community. I was shocked to hear that.

“The allegation is totally false. I’ve never sent anybody to attack another human. I don’t have any business with anybody in Ayobo, why are they making allegations against me that I sent thugs to attack people.

“This is an attempt to tarnish my image and the ministry God has laid in my hands.

“I urge the authorities to investigate this matter properly and ensure that whatever mystery is there is unravelled.”

Adebayo added that he had asked his lawyer to take legal action if the media outfit that ran the report failed to retract the story.