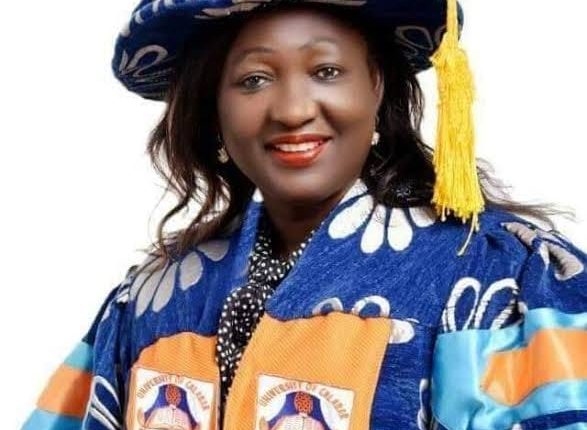 Sen. Gershom Bassey congratulates Prof. Florence Obi on her emergence as the 11th and first female Vice-Chancellor of the University of Calabar – Daniel Essiet