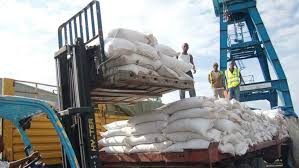 The ban on importation of maize by the Federal Government has raised conflicts among Central Bank of Nigeria (CBN), farmers and millers.

The policy is being executed by the CBN on behalf of the Federal Government.

While some members of Poultry Association of Nigeria (PAN) and feed millers seek a window to import the grain, the apex bank insists it will not, for any reason, sabotage the economy by lifting the ban,

The ban was introduced, amid COVID-19 pandemic, to strengthen the economy and mitigate the falling value of naira.

Some members of Poultry Association of Nigeria (PAN) and feed millers had demanded a window to import about 360,000 metric tonnes of maize to bring down cost of production.

The Director, Corporate Communications of the apex bank, Mr Isaac Okorafor, said: “There is no plan to reverse that policy.”

The CBN had, in July, directed that commercial banks and authorised dealers should stop processing forex for maize importation with immediate effect, giving the need to maximise local production and save the economy from total collapse as reasons.

But poultry associations and millers in Lagos, Oyo and Ondo, among others, have maintained the ban is biting hard on businesses and have called on government to allow importation for some months.

The conflict assumed another dimension with an allegation of bad implementation by the CBN.

He said: “The profit margin has reduced; at the same time, the feed millers are also passing the cost to the poultry farmers, making it impossible for the farmers to sell eggs profitably, because a crate of eggs has a maximum price. You cannot sell eggs at the farm gate at N1000. Even at N900, they will not buy.”

When the feed was selling at a very good price, he added, a crate of eggs was about N800 or N850. With the increase in price of feeds, egg price is still N850 or maximum N900. So, some farmers are going out of business,” he said.

Obabhu said if Nigeria produced more, it would close the gap, but added that insecurity in the country was yet another challenge to be tackled.

He noted that before now, the two biggest feed millers in the country, Topfeeds Ltd, Ibadan and Olam’s Chickum, had imported about 60,000 metric tonnes of maize each, every three months, to support local production.

He advised that to close the gap, farmers must produce extra 100,000 tonnes of maize every month.

Another poultry investor in Ibadan and former chairman of PAN in Oyo State, Mr John Olateru, alleged that the policy had been badly executed.

“What the government has done is hopeless. This is the peak of scarcity and the time we need importation window to take care of the deficit,” he said.

Similarly, poultry keepers in Osun State have called for the lifting of the ban.

The state chapter of PAN said COVID-19 pandemic, drought and insurgency in the north had compounded the challenges, and would also affect maize yields for the year.

PAN Osun chairman, Chief Oluyemi Olukiran; and Secretary, Dr. Alaba Towoju, said, “Farmers have been groaning under persistent upward movement of price of compounded feeds from N2,000 ten weeks ago to an average of N4,000. The price increase is further compounded by unavailability.”

The farmers urged government to revive the National Grains Reserves system.
Supporting CBN’s rejection of PAN’s request for import window, maize producers and crop farmers had described the pressure on the apex bank as unpatriotic and detrimental to the green alternative policy of the government.

The All Farmers Association of Nigeria (AFAN), through its President, Mr Ibrahim Kabir, however, said though the ban would place a demand on the industrial users of maize, the policy was in the interest of farmers and the nation’s economy.

He urged poultry farmers and millers to endure the situation for a while and explore alternative sources of energy in feeds, such as cassava chips and sorghum, saying by October/November, the product would be available and cheaper.

Dr. Samson Oyewole Ajala, a maize specialist at the International Institute of Tropical Agriculture (IITA), said any serious nation should take a critical decision on the way it wants to move forward, saving the economy.

“One of such decisions may be harsh, according to some people, but it will be beneficial to all in the final analysis. Growing maize, and indeed, any other crop, creates jobs along the value chains. Everybody knows that. It means not exporting our jobs. That approach has helped economies around the world,” he argued.

Ajala queried why Nigerians must import what the nation could produce and stated that the high cost being experienced would come down and stabilize with sustained local productivity.

“Importing maize for poultry, industry or whatever they call themselves is not in the best interest of Nigeria,” he said.

Prof. Samuel Olakojo, another maize breeder and researcher at the Institute of Agricultural Research and Training (IAR&T), Ibadan, said: “For me, if the government grants such a concession to import maize, it will send a very wrong and unexpected signal to maize farmers that the government is not serious.”

“So, if that happens, the bank and the government would find it difficult to recoup their money. If importation is allowed now, the price of the locally-produced maize would not be able to compete with imported maize for now.”

MEANWHILE, the Oyo State branch PAN has decried the ban, pointing out that the poultry industry is on the brink of collapse as the industry loses about a trillion naira yearly and about one million jobs.

State chairman of the association, Mr. Gbemisoye Agboola, said maize constitutes between 50 per cent and 70 per cent of chicken feeds.

“Between March and July this year, many poultry farms have either downsized or folded up because they either cannot get maize to produce feeds or cannot afford to buy finished feeds to feed their chicken,” he said.

At a conference organised by Feed Industry Practitioner’s Association of Nigeria (FIPAN), the President of association, Dr. Folarin Afelumo, said the scarcity of the inputs had triggered price increase of the available inputs. A tonne of maize, for instance, was sold for N80,000 in February but now sells at N230,000.

The past chairman, Poultry Association of Nigeria (PAN), Lagos chapter, Lanre Bello, also said scarcity of maize could cause harm to the nation’s economy if not addressed.

In Ondo State, PAN raised the alarm of famine and loss of jobs due to the ban on importation of maize by the CBN.

He said: “This development is inimical to the survival of the multi-trillion-naira poultry businesses in the country. This sector is under serious threat as a result of acute shortage of maize.”

The Foreign Affairs Services (FAS) of the US Department of Agriculture, Lagos Office, said Nigeria’s maize production in 2019/20 was about 10.5 million tonnes, while consumption was 10.7 million tonnes, down with over five per cent or 600,000 tonnes lower than 2018/19 figures of 11.3 million metric tonnes.

It said: “Over 60 per cent of Nigeria’s maize grain production goes into animal feeds, especially for poultry; 10-15 per cent is directly consumed by individuals in households. The balance of the corn production goes to raw material/ingredient utilisation in food manufacture.”