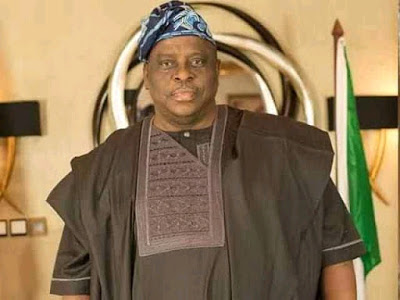 Senator Kashamu is said to have died Saturday at the First Cardiology Consultants Hospital in Lagos, Nigeria.

This was confirmed by Ben Murray-Bruce
@benmurraybruce
“I have just lost my good friend of forever to #COVID19.
Until his death, Sen. Buruji Kashamu and I were inseparable. He died today at First Cardiology Consultants, in Lagos. May his gentle soul rest in peace. I pray his family and loved ones the fortitude to bear this heavy loss.”

Kashamu was a Nigerian politician who served as a Senator representing Ogun East in the 8th National Assembly.

Senator Kashamu was the Vice-Chairman of the Senate Committee on States and Local Government. He then contested the Governorship of the Ogun elections during the 2019 polls along with Nigerian columnist, Mr Reuben Abati as deputy Governor.

He was a chieftain of the People’s Democratic Party, PDP in Ogun State. He was appointed as the chairman, Organization and Mobilization Committee of the PDP in the South West zone of Nigeria.