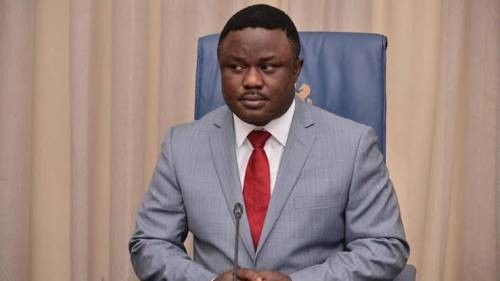 Asim died on Tuesday, July 22, 2019, after he slumped and died in his car at Eta Agbor in Calabar.

Two years ago, he was arrested for raping a 15-year-old girl in the state many times.

It was gathered that Asim allegedly forced the girl to abort three pregnancies. Her uterus reportedly got damaged while carrying out a third abortion.

A report by CrossRiverWatch also revealed that the girl’s mother was aware and consented to the illegal relationship between Asim and her daughter because of monetary benefits she was getting from Asim.

Although the then-Attorney General of the State, Mr Joe Abang, okayed the trial of Asim and two other suspects, they were never arraigned in any court in the state.

“I have since approved the trial of Edet Okon Asim and two of the other suspects.

“Our resolve to ascribe probative value to the allegations of the victim that the 1st and 4th suspects sexually molested her and got her pregnant on different occasions is primarily premised on the fact that this is the statement of a witness who is narrating first hand what happened to her.

“We are convinced that the victim could not have singled out the suspects for these serious allegations, especially considering the special relationship she had with the first suspect. She is, in our opinion, a witness of truth,” Abang said in 2019.

It was gathered that Asim, with the backing of Governor Ayade, successfully buried the case.

Ayade reappointed Asim in January 2020 as a Special Adviser on Forestry & Biodiversity.