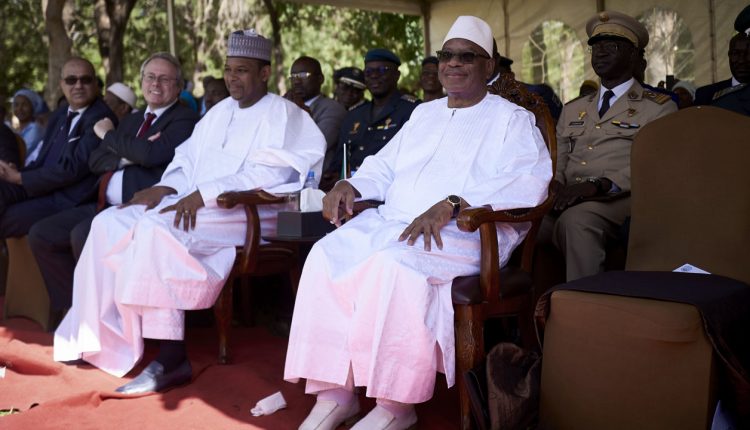 A protest movement that has sprung up in Mali, shaking President Ibrahim Boubacar Keita’s grip on power, on Tuesday rejected a compromise put forward by regional leaders and insisted that he quit.

In a statement, the so-called June 5 Movement said it “demands the resignation of Mr. Ibrahim Boubacar Keita and his regime more than ever,” accusing them of bearing “full responsibility” for Mali’s crisis.

The announcement came a day after heads of the 15-nation bloc ECOWAS stood by Keita and urged him to forge a unity government and resolve an election dispute that has fuelled anger.

The bloc, whose leaders conferred by video link, also warned of sanctions against those who opposed its efforts at “normalization.”

Within hours, Keita named a stripped-down cabinet with ministers for security, justice, foreign affairs and finance, and tasked it with negotiating the formation of a government of national union.

But in scathing language, the June 5 Movement said it had “learned of the conclusions of the extraordinary summit with astonishment.”

ECOWAS — the Economic Community of West African States — “is continuing to reduce the socio-political crisis in Mali to a simple electoral dispute over the second round of the legislative elections,” it said.

The proposals “do not meet the expectations and aspirations of the Malian people in any form, and above all breach the laws and constitution of Mali,” the statement said.

He is battling major problems on several fronts, including a brutal eight-year-old jihadist revolt and a slumping economy.

Much of Mali’s current tension was sparked in April when the Constitutional Court tossed out 31 results from long-delayed parliamentary elections — a move that benefited Keita’s party.

Protests began, ratcheting up into a crisis on July 10 when an anti-Keita rally organised by the June 5 Movement turned violent.

The June 5 Movement is a loose coalition of opposition groups and religious leaders whose figurehead is Mahmoud Dicko, a conservative Saudi-trained imam.