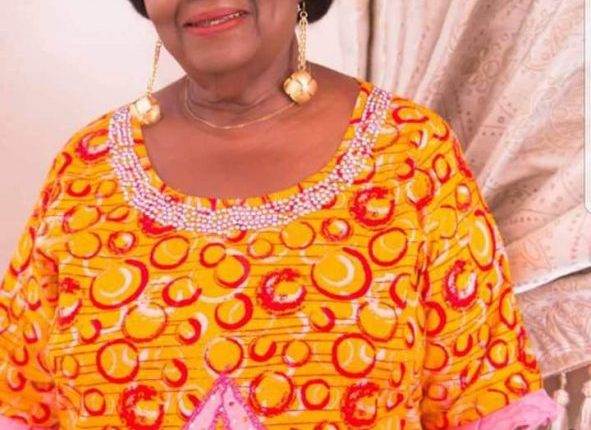 Former Senate Leader and former Chairman of the Niger Delta Development Commission, NDDC, Senator Victor Ndoma Egba, is bereaved.
The Senator, lost his mother, Regina Achi Nentui to the cold hands of death, earlier on Wednesday, July 1st, 2020.
The Senator who announced this on his Facebook page on Thursday, said his mother, passed on at 90 years.
The Senator, revealed that his late mother, “was among the first women from old Ikom (now Ikom, Boki and Etung Local Government Areas) of Cross River State to receive western education .
“She spent many years as a teacher with the Roman Catholic Mission before transferring to the Civil Service of the then South Eastern State (now Cross River and Akwa Ibom States) in 1968 during the Nigerian Civil War as a social worker. She established the Remand Home in Ogoja.
An ardent Catholic, she was elected as Chairman of the then Ikom County Council (now Ikom, Boki and Etung Local Governments) on the platform of the defunct NCNC and served as such from 1960-1963, making her the first female Chairman of a County Council (now Local Government) in the defunct Eastern Region of Nigeria, and indeed, the whole country.
“She retired in 1991 to a quiet life in Ikom, her home town, busying herself with Roman Catholic Church activities, community service and farming”, he stated.
Late Madam Regina, is survived by three biological sons, Chief Kenneth Effa, a retired Executive Director, Bank of Industry, Senator Victor Ndoma-Egba CON, SAN, former Senate Leader and former Chairman, NDDC and Roy Ndoma-Egba a Development Specialist and former Special Adviser in the Cross River State Government, many grand children and great grand children.
Her step children include Professor Rowland Ndoma-Egba, the entire Ndoma-Egba clan and many more.