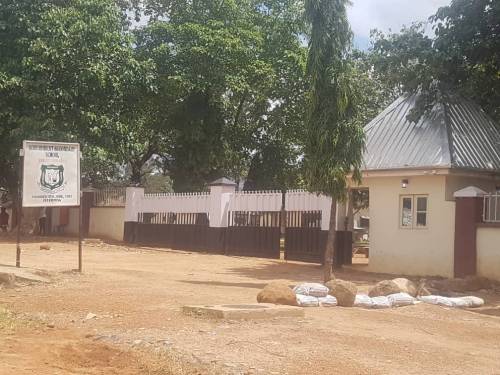 Although the Federal Government have announced the partial reopening of schools to exiting students resume classes, this directives has been disregarded by students in both public and private schools in the Federal Capital Territory.
According to our correspondent, as at Wednesday, there was no compliance to the resumption directive as school gates in the nation’s capital remained shut.
At the Government Secondary School ( GSS ) Kubwa, no final-year students or teachers were sighted at the premises in preparation for the examination.
It is quite obvious that Parents are still reluctant to release their children because of the fear of Coronavirus in the territory.
A parent, David Adejo, who spoke with our correspondence said that he was worried about the carefree attitude of some residents who threw caution to the winds and flouted the basic guidelines to contain the spread of the virus.
“It is a difficult time for parents to release their children to schools now because the virus is still active and spreading like wildfire everywhere.” He said.
He Further noted that before the students are asked to resume, there must be an adequate arrangement for protective measures. ” Also, all the schools must prepare for that challenge; that is when you will see students and parents complying with the government directive.” he added.
The situation was not different in other schools visited across the city.
As a means of containing the spread of the Coronavirus, the Federal Government had closed all schools across the country in March.
The Chairman of the Presidential Task Force on COVID-19, Boss Mustapha, had on Monday released new protocols effective July 1, 2020, for tackling the fight against the global Coronavirus pandemic.
He said only students in graduating classes would resume in-person in preparation for their examinations. He, however, noted that the guidelines released under phase two would be extended for another four weeks.

Cross River Government Laments Lack of Attention To Other Diseases