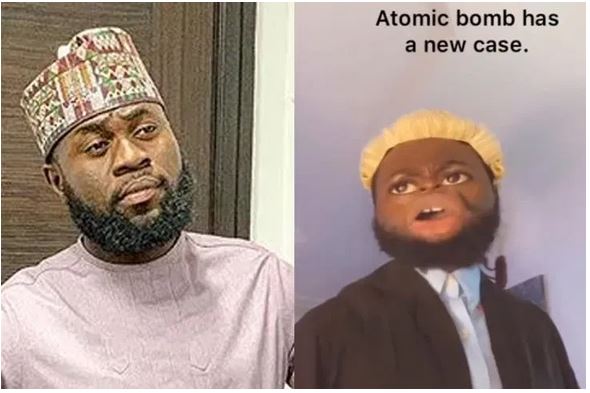 The popular social media comedian, Lasisi Elenu has been called upon by the Nigerian Bar Association to exercise restraint in the way he represents the profession in his line of work.

The multi-talented comedian in his usual way had depicted different characters in his skits recently but also added that of being a lawyer to his catalogue. Lasisi adds humour to his imaginary court proceedings with high-sounding words while quoting non-existent parts of the constitution. Reacting to his latest video, Habeeb Lawal, Assistant National Publicity Secretary of the Nigerian Bar Association wrote “We beg to use you as

Lasisi is known for the humour he adds to his imaginary work which was evident in an imaginary court proceedings with high-sounding words as he quotes non-existent parts of the constitution. In response to his latest video, Habeeb Lawal, Assistant National Publicity Secretary of the Nigerian Bar Association wrote;

“We beg to use you as a point of reference to all other comedians. Lawyers have awesome sense of humour, as such we enjoy your jokes & appreciate the creativity. “However, if you must represent our profession in your works kindly ensure you properly adorn the wig, bip & gown. “We acknowledge your right of expression, but NOTE that we also reserve the rights to take all necessary steps to guide against the ridicule of our noble profession and @NigBarAssoc shall not hesitate to exercise those rights.”

Lawal also added that Lasisi can consult the Bar on how to make jokes about Lawyers without ridiculing their appearance.

According to some social media users who joined the conversation, they believe there are issues affecting the legal profession that are more serious than how a wig and bip is worn. In a bit to respond to Habeeb’s position, Ifade Olusegun @OlusegunIfade said “Irrelevant position! There are major issues affecting your profession that your NBA can face, like lawyer being paid 30-50k monthly….instead of majoring in minor.”