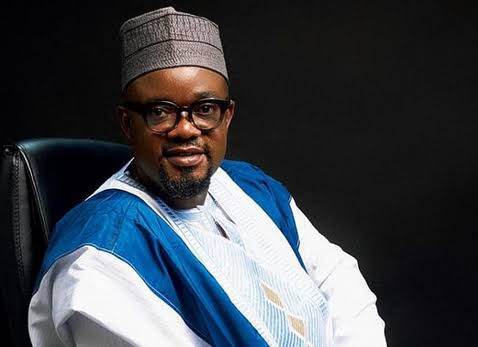 Charles Inojie, a Nigerian actor, comedian, movie director and producer has stated that it is difficult for him to describe himself as a comic actor, but prefer to be called an actor, stressing that the roles he plays are determined by directors and producers.

This was made known during a live interview session with Temitope Duker also known The Boss Lady on the Friday edition of her radio and Instagram show “Serenade with Boss Lady” on Fad93.1 fm calabar.

Charles Inojie, a writer and former president of scriptwriters guild of nigeria(SWGN), a movie director and an actor is popularly known for his role as “Mr. Lucky” in the TV show “The Johnsons” was happy to be on the show and revealed that he has directed the TV series for 5 years and delivered one thousand hundred and seventeen episodes which he thinks is an African record before deciding to step down as a director of the award winning tv series.

He also revealed that script writing, directing and acting are not the same kind of job that happen at the same time. He reiterated that “A movie cannot start until a script writer finishes his job. If I am to direct, I assume the role of a director before acting can follow” he added.

When he was asked by BOSSLADY host of the show his life in reality meets up with the upright character of “Lucky” as depicted in the TV series The Johnsons.

Mr Inojie responded that the fundamental principle of acting states that you assume a character that you are not.

However he said he possess most of the upright attibute of the character “Lucky” stating that there is a school of thought which believes that for any actor to be able to play a role and deliver effectively, such a character should possess at least 25% of the lifestyle to be depicted.

When asked his impression on comedians who mock nollywood in their comedy he responded that he does not bother himself about such comedians who make fun of actors because most of them always run away from film when given the opportunity to act.

Inojie also responded to the issue of couch casting as alleged by some female actresses in exchange for roles in nollywood, he responded that No director of note who knows his onus will sacrifice a good job because of three to five minutes pleasure” he added that the right thing is to call for an audition and pick the right characters for your film because no amount of couch casting will bring out any talent.

In response to questions about how rich he is and how he unwinds after work, he responded “I don’t know how rich I am, but I don’t beg to eat and can give my family the best and most importantly God has been faithful.”

As per his mode of unwinding, the celebrated actor who said he should does not see himself as a comic actor but an actor insisted he spends his time mostly with his family” as they go on vacation as it demands.

The veteran actor also revealed that he is a distributor of a table water company as a means of diversifying his resources and planning for the future.

Finally he advised young people venturing into the movie industry to be hardworking, diligent and committed. He also stated that above all they should hold unto God who is the determinant of everything. he also added that they must also know were their strength lies and develop it because acting is not for everyone as some may be good in other areas of film production but you observe everyone wants to be an actor.