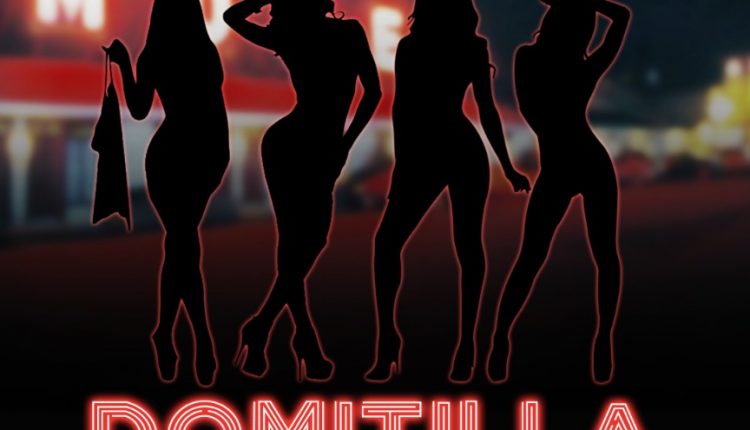 Zeb Ejiro is a professional Film Maker, an inspiration to several younger generation. He has paid his dues in Nollywood and can comfortably be referred to one of the fathers of second Generation nollywood.

Due to his numerous Contribution, the president Obasanjo government conferred on him the highest National honour conferred on any practitioner; the OFFICER OF THE ORDER OF THE NIGER (OON) in 2007

When most person’s were looking for an office space, he had an office in the 80’s tucked somewhere at Olufemi Sokan st Aguda in lagos, when many were looking at God for a car, he had this red coloured BMW that was a cynosure of all eyes.

Domittila was a 1996 blockbuster movie that grossed millions and went on to win several awards. I recall with nostalgia how the title of movie domitilla became another word for prostitution.

The movie starred some of the best of that era Ann Njemanze, basorge Tarriah Real Offiong Kate Henshaw, Achums Sandra, Sonny Mcdon-w Charles Okafor, Ada Ameh, and late Enebeli Elebuwa amongst others. I have added a copy of the 1996 poster.

Fast Forward to 2020, the Sheik as we call Zeb Ejiro returns with DOMITILLA THE SEQUEL set for release in 2021 which I can confirm will have his master touch ….if you were old enough to watch TV in the 80’s, you will recall the glamourous TV soap opera RIPPLES, he subsequently teamed up with Ralph Nwadike, Tunji Bamishigbin and Charles Owoyemi, to produce the popular Soap Opera FORTUNES in the 90’s. Zeb has several blockbuster to his credit to include NNEKA THE PRETTY SERPENT , SAKOBI, GOOD BY TOMORROW amongst others.

Our incisive investigative check has revealed that this collaboration between Zeb Ejiro Productions and Filmone Entertainment, owners of Filmone Cinemas is a multimillion Naira movie production deal starring some of the best cast across the African continent.

There is so much anticipation from the public for this sensational movie. When Zeb was asked what we should expect, he responded….

Fidelis Duker is a Filmmaker and writes from Calabar

Ekpenyong Charges Council Heads to Prioritize Healthcare for their subjects