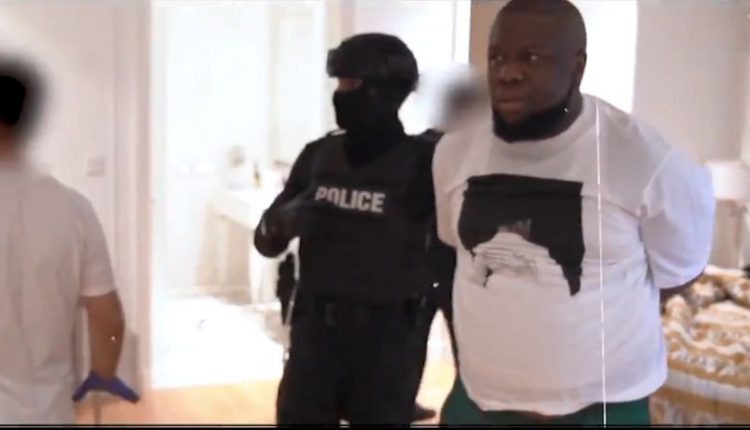 Raymond Igbalode popularly known as Hushpuppi is one of the most popular social media Nigerians in diaspora. Although, no one knows exactly how he really made his money, He became wealthy and successful after he moved to Malaysia where he gained the title of a Nigerian dark horse. Hushpuppi’s Instagram is filled with fancy photos where he shows his not-so-ordinary way of life – private jets, his expensive cars, pictures of himself in different 5-star hotels, elite clubs for celebrities and clothes by the most fashionable brands like Gucci. Hushpuppi is a big fan of this brand and it is believed that he is one of their VIP client. His flamboyant way of life definitely made him popular among Nigerians especially celebrities and politicians.

However, the International Police (INTERPOL) Nigeria has confirmed the arrest of the popular Instagram celebrity, Raymond Igbalode also known as Hushpuppi in the United Arab Emirate (UAE). The arrest was revealed by the Commissioner of Police (CP) INTERPOL in Nigeria, Garba Umar who confirmed his arrest to the Nation. He also added that plans are on the way to extradite him to Nigeria. Hushpuppi was arrested alongside two of his allies, Mr. Woodberry and Efe, on the 10th of June 2020 on account of multiple fraud charges and allegedly hacking into the United States (US) unemployed database and impersonating citizens qualified for unemployment funds. Huspuppi and his accomplices in Nigeria, Dubai and other countries allegedly defrauded the US government of over $100 million meant for Native Americans in the battle against the coronavirus pandemic. It can also be recalled that barely few weeks ago, the Invictus Boss, Obinnwanne Okeke who was arrested by the Federal Bureau of Investigation (FBI) for an $11 million internet fraud, pleaded guilty to the charges.