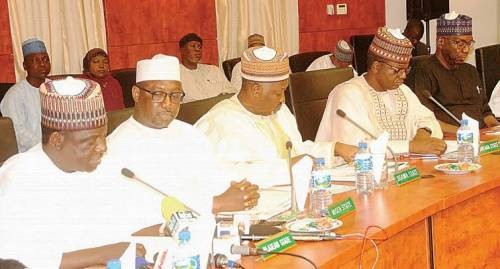 N10bn had been approved for President Buhari.

The governors said their states have 54 per cent of the total COVID-19 cases recorded in the country and appealed for special relief.  This was revealed in a communique issued after the Northern Governors Forum held a teleconference on Wednesday.

Chairman of the forum, Simon Lalong, who also is the governor of Plateau State presided over the meeting.

According to the Northern Governor, their earlier decision to purchase COVID-19 Mobile Testing Vans will not be neglected as it has already been ordered to boost testing of more citizens especially in the rural areas.

The Northern governors again expressed disappointment that irrespective of several measures taken, including Presidential orders on enforcing closure of inter-state boundary roads there are still violations where people move from one State to another through compromise and use of illegal routes.

Furthermore, the forum resolved to continue their appeal to the Federal Government for support to combat the Coronavirus pandemic, as the Northern region now has about 54 per cent of the national cases and 70 per cent of new infections.