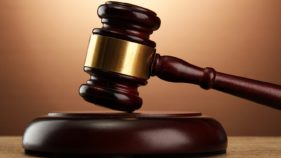 The Magistrate, Dr. Olusegun Ayilara, ordered that the defendant be remanded in custody due to the magnitude of the alleged offence and adjourned the case to June 17 for mention. However, Oyeniyi pleaded not guilty to the two-count charge of rape and assault preferred against him.

Akintunde alleged that Oyeniyi forcefully and unlawfully had carnal knowledge of a 10-year-old girl. He said the offence contravened Sections 31 and 32 of the Criminal Code Cap 34, Vol. 11, Laws of Osun, 2002.

The News Agency of Nigeria reports that Akintunde had no legal representation during the trial.