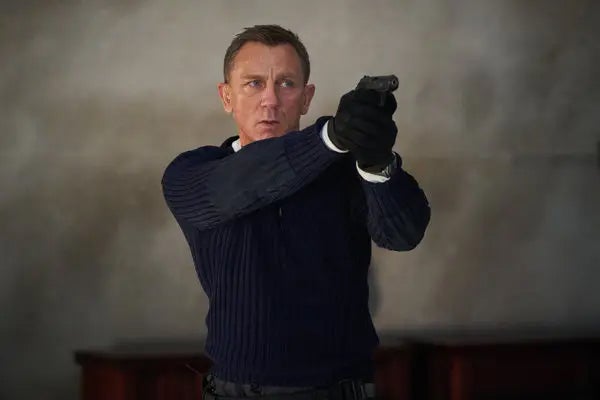 The release date for the upcoming James Bond film, ‘No Time to Die’ has been pushed from April to November following growing concerns over the coronavirus outbreak. News Agency of Nigeria (NAN) reports that United Artists Releasing and Universal had planned an international rollout for the new Bond movie, preciously set for an April 8 release date.

However, producers Michael Wilson and Barbara Broccoli have issued a statement confirming the plan to move the ‘No Time to Die’ release to November 2020. The new release date will find the latest 007 movie opening in the same corridor as the last James Bond films, ‘Skyfall’ and ‘Spectre’.” ‘No Time to Die’ was originally set for November 2019 rollout, before production delays pushed the release to April 2020. The official release reads, “MGM, Universal and Bond producers, Michael G Wilson and Barbara Broccoli, announced today that after careful consideration and thorough evaluation of the global theatrical marketplace, the release of ‘No Time to Die’ will be postponed until November 2020. “The film will be released in the U.K. on Nov. 12, 2020 with worldwide release dates to follow, including the U.S. launch on Nov. 25, 2020.”
NAN reports that the decision to delay the film arrives just a few days after an open letter circulated online asking the studios to push back the release of the latest Bond adventure. MI6-HQ website, the biggest Bond fan blog in the world, called for the studios behind ‘No Time to Die’ to “put public health above marketing release schedules.”

The fan letter read, “After enduring three delays in production already, it is by no means easy to say this: the release of ‘No Time To Die’ should be postponed. “Delay the release of ‘No Time To Die’ until the summer when experts expect the epidemics to have peaked and to be under control. “It’s just a movie. The health and well-being of fans around the world, and their families is more important.” ‘No Time to Die’ marks Daniel Craig’s final outing as James Bond and is directed by Cary Fukunaga, the Emmy winner behind ‘True Detective’ season one and Netflix’s limited series ‘Maniac’.

Fleeing man arrested after killing lover for allegedly cheating on him

BIAFRA: Nnamdi Kanu to lead 1million man march in US

There is nothing like new or old Nollywood – Zeb Ejiro (OON)