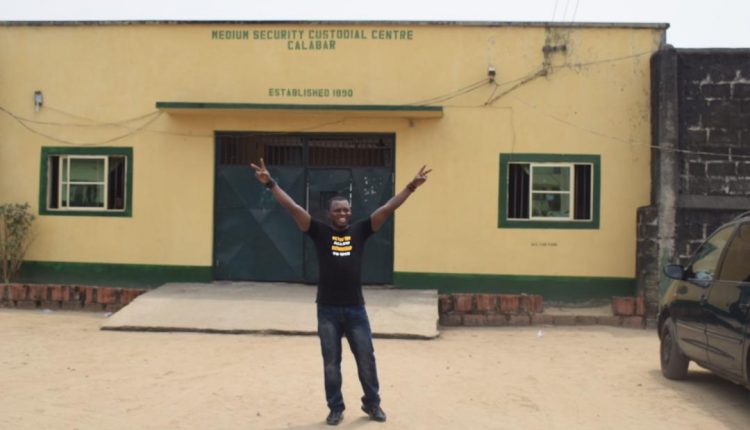 Journalist Agba Jalingo has been released from prison custody after meeting his bail conditions,

An activist, Inibehe Effiong, confirmed his release to our correspondence on Monday.

Jalingo, who is the publisher of Cross River Watch, was first arrested by the police in August 2019 on the orders of the Ben Ayade-led Cross River State Government.

He was subsequently arraigned for treason and attempting to overthrow the state government due to highly critical articles he published.

Due to his long detention, Amnesty International had declared the activist , “a prisoner of conscience”.

Last week, there were a series of protests staged in Cross River over his detention.

The court, which had earlier rejected his bail applications, subsequently granted him bail last week.