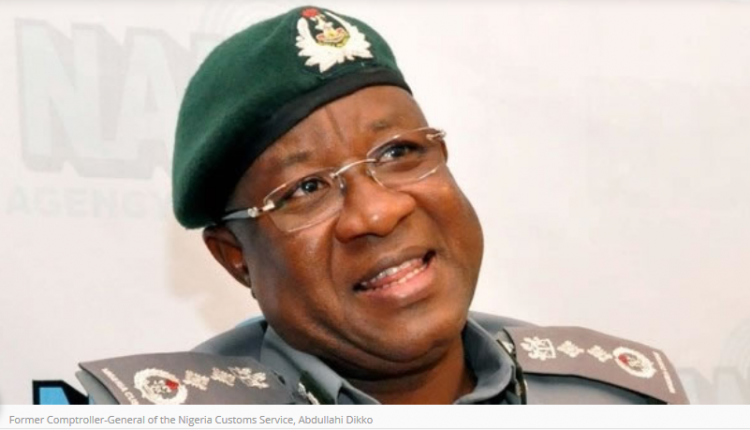 The Federal High Court in Abuja, on Monday, ordered the arrest of a former Comptroller General of the Nigeria Customs Service, Abdullahi Dikko.

Justice Ijeoma Ojukwu issued the bench warrant against him for his continued failure to appear in court in respect of corruption charges instituted against him and two others by the Independent Corrupt Practices and other related offences Commission.

The judge, in issuing the arrest warrant, refused to accept his lawyer’s explanation that the defendant was ill and on admission in London.

Dikko’s lawyer, Solomon Akuma (SAN), who had previously undertaken to produce him in court, only presented a medical report, in a bid to justify his absence from court on Monday.