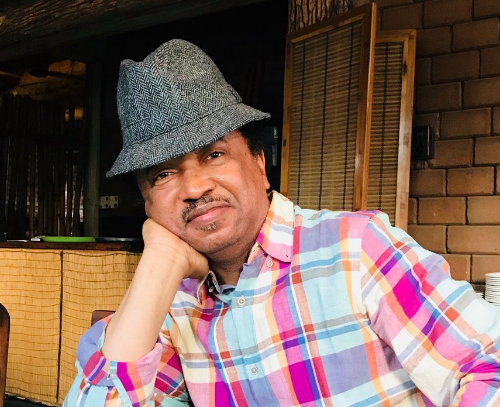 The Coalition of Public Interest Lawyers and Advocates COPA has disclosed of its resolve to mobilise against the Acting Chairman of Economic and Financial Crimes Commission EFCC, Mr Ibrahim Magu for “violating the fundamental rights of Sen. Shehu Sani, from Kaduna State”. In a statement Thursday in Abuja, Convener of the group, Mr Pelumi Olajengbesi, said the lawyers have now declared Sen. Sani as another “prisoner of conscience” after Mr Omoyele Sowore who was recently freed by the State Security Services SSS.
Describing Sani’s detention as illegal, the lawyers’ Coalition said; “For an anti-graft agency with sufficient manpower and investigative tools, it defies logic why the agency simply cannot reduce its accusation against Senator Shehu Sani into a coherent charge upon which he ought to be arraigned for the adjudicatory determination of his guilt or innocence.

“The allegations against Senator Shehu Sani seemed straightforward enough until the desperation to hang the man, by all means, take a turn into follyville. “First, he was accused of obtaining a bribe of $10,000 to exert influence on the EFCC Chairman, Ibrahim Magu, to protect an associate, Alhaji Sani Dauda, from prosecution on a matter. “When the public pointed out how ill-thought-out such an accusation was especially because Senator Shehu Sani enjoys no cordial relationship with the EFCC nor its Chairman to be in a position to exert any form of influence on him, the accuser, egged on by the EFCC no doubt, changed his facts. “It alleged anew that the bribe money was $20,000 and it was collected by Senator Sani to prevail on the Chief Justice, Ibrahim Tanko, to favour the accuser in a matter before the court. “The CJN denied any such transaction, and once again, the narrative was switched as if being fetched from a senile mind bent on achieving a set agenda.” COPA through its convener further noted that it would no longer sit and watch the rights of Nigerians abused by EFCC and other law enforcement or antigraft agencies. Olejengbesi particularly frowned at a situation where the EFCC goes beyond permissible practice in law to carry out its duties. He said: “Much against due process, Senator Shehu Sani’s privacy has been severally abused; his house has been ransacked and his phone accessed as the desperation for a crime to hang him is driving the frenzy of the EFCC beyond permissible practice in law and practice. “Of what relevance is searching his home, offices and phone to the allegations that he received bribe? The bribe was allegedly conveyed via a bank cheque and as such his bank account ought to be under forensic examination and not his private and family life. “The unauthorised ransacking of Senator Sani’s phones and snooping around his WhatsApp group and personal messages, as well as the illegal raid of his home and offices all point to a script to find reasons to prosecute him. “These searches and raids on his personal life are violations of his fundamental rights as a citizen of Nigeria and points to a personal vendetta against the man that has no bearing on any provable crime against him. “Senator Sani is a prisoner of conscience and the whole world continues to look on and laugh at us as we grapple as a nation with the arduous task of protecting state institutions from the ineptitude of egoistic power-jobbers.” COPA wondered what allegations of obtaining bribe by Senator Sani has got to do with the EFCC demand that he declares his assets in spite of having done so as a serving senator. He urged Magu to release Sen. Sani or prosecute him, noting that the country had come too far as a nation to surrender the sanity of its democratic institutions to the whims of an individual.

How Adeyanju backed Social media regulation under PDP, turns against it under APC