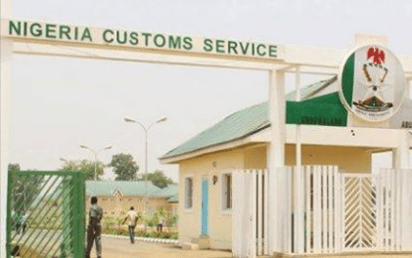 Col. Hameed Ali (rtd) the Comptroller-General of Nigeria Customs Service (NCS) has appealed for a separate budget for Nigeria Customs Command and Staff College, Gwagwalada for the institution to realise its set out goals. Ali made the appeal at the Graduation ceremony of Junior Course five of the college in Abuja on Friday.
Represented by the Deputy Comptroller-General in charge of Finance, Administration and Technical Service, Mr Aminu Dan-Galadima, the customs boss said the college is at the moment being funded from the service’s inadequate budget. Ali said that similar institutions in the military establishments have their autonomous funding as stipulated in their establishment Acts. “We will be counting on the support of the Nigeria Customs Service Board to work towards initiating appropriate legislative processes to achieve this desired vision.

Ali underscored the need to evaluate and review the courses offered by the institution to sustain its regional and global set standard. “We have received expression of interest from sister government agencies and other customs administration in West and Central African regions of the world customs organisation. “It is our belief that such reviews will accommodate their interests without compromising the laid down standard. “Our long term vision will therefore capture the participation of middle level customs officers from west and Central African countries”, he said. Ali congratulated the graduands and urged them to put into practice what they learnt in the college. In his remarks, the Commandant of the college, Deputy Comptroller-General, David Chikan said that 40 students graduated from junior course five. Chikan commended the customs boss’ effort on human capacity development which he described as key in ensuring professionalism. Source: (NAN) VANGUARD