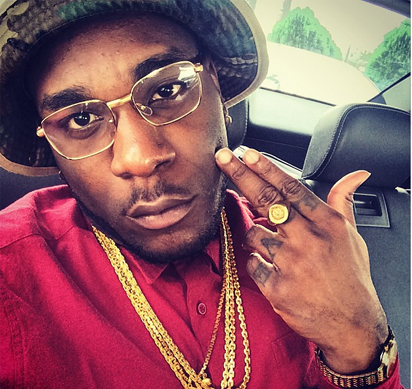 Stefflon Don, British rapper, and songwriter, who’s currently having sizzling affair with Nigeria’s Burna Boy is among the foreign artistes billed to storm the country for the annual musical concert, “ Warri Again.” Other artistes are Zanda Zakuza, Mad Cobra and Gyptian. Also, Africa’s A-list acts, including Davido, Burna Boy, Mayorkun, Teni, Omawumi, Timaya, Zlatan, Niniola. Comedians, Okey Bakassi, Kelvin sapp, Mr Paul, Forever, Gordons, Helen Paul, I Go Dye, Destalker, Efe  Warri Boy have confirmed their attendance.
The concert, which will be hosted by comedian AY and Bovi  holds on the 27th of December, at the Eko Convention Centre, Lagos. Omashola will host the red carpet event. The “Warri Again”show, which started in October 1,  2013 in Warri, Delta State has blossomed into one of the best organized and biggest shows in Nigeria. According to the organizers, the essence of the concert, is to re-awaken and reignite  the perception that Warri is indeed peaceful; investment friendly and the people are hospitable, warm and receptive. “Taking the event to Lagos has become expedient because most of the amazing talents in Music and Comedy from Delta that we have been able to discover and nurture over time need such audience to test their acceptability and wider reach as well as their ingenuity.” “This factor will eventually launch them into stardom and allow them to join other prominent Deltans that have made their marks in these enterprise of comedy and music such as Alibaba, AY, Bovi, Omawumi, Oritsefemi, Solid Star,Uti Nwachukwu(Big Brother Africa), I Go Dye, Harrysong among others will readily come to mind.” “Past shows have featured 90% of all prominent Nigerian musicians/comedians/dance groups and also International stars like Jarule, Ashanti, Awilo, Maxi Priest among others. It is unbelievably true that a star live performance featuring such world-class musicians with huge fan base could be on hand to entertain guests, cutting across the different strata of the society, the organizers, Brownhill Events Inc.  mentioned in a statement.”

The destinations with the top non-native English speakers