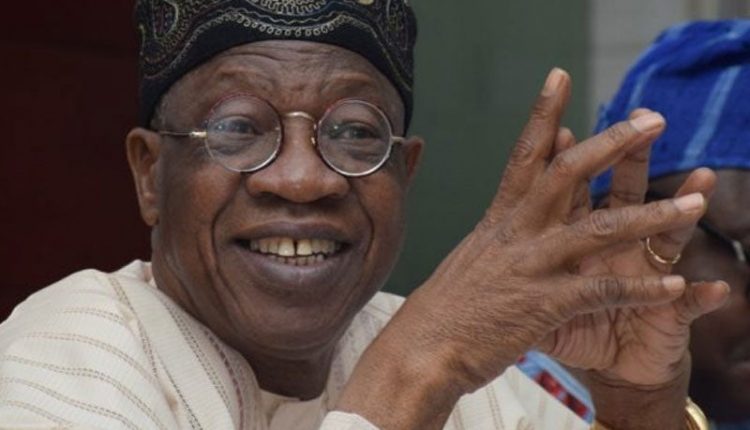 Mohammed gave the commendation late on Sunday night after a stage play titled: “Man Enough” at the Terra Kulture Centre, Victoria Island, Lagos.
He said the efforts of the Nigerian actors were appreciated based on their positive impact on fellow Nigerians and the creative industry. ” The talents I have seen so far in Nigerian actors and actresses render them capable to compete favourably with their colleagues in other climes.” The play was well presented, am quite impressed with the presentation and the morals a lot of people must have benefited from today.” This is a play that presents the challenges men go through on a daily basis and solutions were proffered to managing such challenges,” the minister also said. The lead actor of the play, Gideon Okeke, advised Nigerians to imbibe some virtues in the play in order to impact positively on people.

He said some of the virtues were effective communication, expressing brotherly love to people around and care more for others. According to him, an act of kindness or love expressed towards a fellow human being could go a long way in improving an individuals’ life. He also advised that people should learn to communicate effectively while they listen more.” People in society react to issues differently and we are faced with different forms of challenges which could be resolved or trivialised by a neighbour’s act of love and care. ” We should learn to be our brother’s keeper and render helping hands to the needy because this could help others from being depressed, committing suicide or some other bad things,” he said.