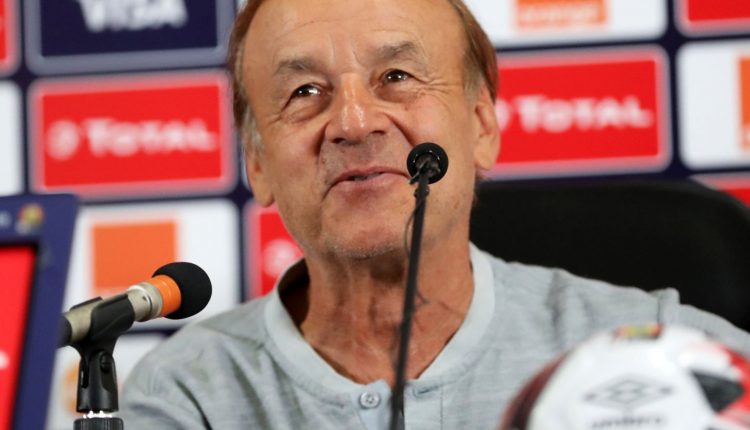 Gernot Rohr is content with the Super Eagles conceding first as long as victory is ultimately achieved. The German handler expressed his point of view after Nigeria’s 4-2 defeat of Lesotho in Sunday’s Africa Cup of Nations qualifier. Like it happened against the Benin Republic, the Crocodiles drew first blood with Nkoto Masoabi heading past Daniel Akpeyi.

However, Nigeria bounced back to secure victory with Lille’s Victor Osimhen grabbing a second-half brace. In his press conference with the media, coach Rohr saw only the positives whenever his side conceded first. “Some matches, you score the first goal and in some matches, you concede first,” he said. “We scored first against Brazil and Ukraine but we didn’t win, so I prefer to concede first and win the match. “This has proven that my players have a good spirit because they never give up. “They continue to play well and do not panic. We have a very young team and what I like is the enthusiasm to play football.” He is also full of praises for the Super Eagles for putting up a brave performance despite arriving Maseru a few hours before the game. “We know that it’s difficult to win in Lesotho especially when you concede the first goal. They played very well in the beginning but we had to take the game in our hands,” Rohr continued.

“We had a long journey by night and you can see that at the beginning, my players were not fully concentrated. “In the second half, we changed our organization a little bit and it was better and better. I feel that my players have fun when they play football and that is most important. “We won but congrats to my colleague, he has a good team they gave us a lot of trouble.” Having won their two games, Nigeria top Group L with six points. They host Sierra Leone in their next match on August 31, 2020.