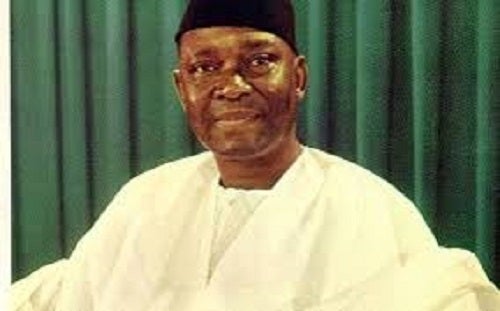 Anambra State Government has declared November 16 every year as a public holiday to mark the birthday of the first civilian President of Nigeria, late Dr. Nnamdi Azikiwe.

For a start, the Government announced on Sunday as a work-free day and directed that all markets be shut to mark this year’s Zik’s birthday. Anambra State Governor, Chief Willie Obiano made the announcement weekend, at the Nnamdi Azikiwe University, Awka, during the 8th Zik Lecture Series.

Represented by his deputy, Dr. Nkem Okeke, Governor Obiano said that Zik was a great asset to Nigeria and Africa and deserved to be honoured. Meanwhile, former Aviation Minister, Chief Femi Fani-Kayode has said that Ndigbo has not fully appreciated what they had in Zik, saying that Zik was a great man who truly believe in one Nigeria. Earlier in his remarks, the former Governor of old Anambra State, Chief Jim Nwobodo commended the initiators of the Zik Lecture Series. According to Nwobodo, it was a true Nigeria because all his life he preached for one Nigeria. Going down memory lane, the former Governor narrated his political experience with the late Zik and how it paid him off, saying that Zik would be happy for what the University was doing. He called on the Vice-Chancellor of the University to establish Founder’s day for the institution. He also warned against harbouring cultists in the University and urged the University authority to flush out any cult group there. Nwobodo who established the University had before the declaration by Anambra State, promised to talk to Anambra, Enugu and the Ebonyi States to declare November 16 every year public holiday to mark Zik’s birthday. Fani-Kayode said because of his disposition as a true gospel of one Nigeria, Zik was to be the first Premier of Western Regional if not for inglorious cross-carpeting. Decrying the treatment meted out to Ndigbo during and since after the war, Fani-Kayode said described the pogrom as the worst in Africa and lamented that nobody had summoned the courage to apologise

to Ndigbo and wondered if one Nigeria could be achieved that one. He described Ndigbo as extra-ordinary people who with little or nothing are now in every part of the country, helping in development big the nation. Hel lamented that Zik would not be happy with the way Nigeria is being run together, where one ethnic tribe dominates every sector, including security, saying that it was not the Nigeria Zik and Awolowo dreamt of. He, however, commended Igbo leaders for restraining their youths on the face of all the marginalization and called on President Buhari to change his way of ruling the country and treat everyone with respect, fair and equal. In his Lecture, former President of Sierra Leone, Ernest Bai Koromah who spoke on migration and development in Africa, blamed negative migration on bad leadership which forces citizens to look for greener pastures elsewhere. The annual Zik Lecture is sponsored by Senator Ben Obi. Dignitaries at the ceremony included Zik’s wife, Prof. Uche Azikiwe, his son, Uwakwe, Obi of Onitsha, Alfred Achebe, Obi of Awka, Gibson Nwosu, former Governor Peter Obi, Governor Ihedioha was represented, among others. Source: vanguard