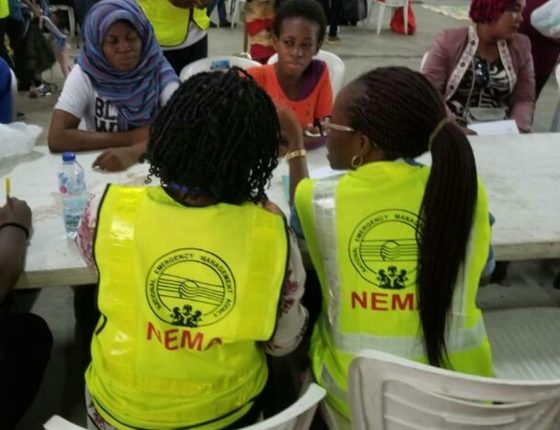 On Friday, the International Organisation for Migration (IOM) said it had deported 141 illegal Nigerian immigrants voluntarily from Libya to Nigeria. “On Oct. 24, we assisted 141 stranded Nigerian migrants in Libya to voluntarily return home on a charter flight from Sebha airport (in southern Libya),” IOM said in a statement.
“They were 55 men, 42 women, 33 children and 11 infants. Among them 13 passengers with medical cases were also aboard, including five pregnant women,” the statement said. The deportation is part of IOM’s Voluntary Humanitarian Return programme, which arranges the return of illegal immigrants stranded in Libya to their countries of origin.
According to the IOM, there are more than 650,000 illegal immigrants, including about 6,000 being held in detention centres. Thousands of illegal immigrants, mostly Africans, choose to cross the Mediterranean Sea towards Europe from Libya, due to the insecurity and chaos in the North African nation since the 2011 uprising that toppled the late leader Muammar Gaddafi’s regime. Shelters in Libya are crowded with thousands of migrants rescued at sea or arrested by the Libyan security services, in spite of international calls to close those centres.

Trump administration begins withdrawal of U.S. from Paris climate accord