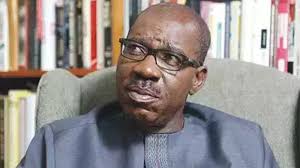 The upper chamber also said if the governor fails to do so within a week, the National Assembly would invoke its powers as contained in the Constitution by taking over legislative functions of the Edo State House of Assembly.

The development followed the adoption of the report of the Senate ad hoc committee on the Edo State House of Assembly crisis, presented by its chairman, Senator Sabi Abdullahi.

The Senate’s action aligned with the House of Representatives, which issued a similar directive two weeks ago.