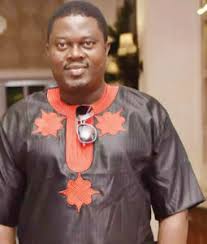 Nolly wood Figure Reveals the Release of His New Movie

Famous actor, producer and director, Muyiwa Ademola, is set to release his new movie which he revealed will hit the cinemas across the south-west on August 9th, 2019.

Ademola said the movie is centered on the past, the present and the future, which are all connected.

This comes 11 years after his last movie ‘Owo Okuta’ which was screened in Nigeria and the United Kingdom.

The film-maker disclosed this on his Instagram page where he posted the jacket of the movie.

Ademola has produced over 20 films and in 2005, his movie ‘Ori’ won the best indigenous film at the maiden edition of African Movie Academy Award.

Senate Calls for Ban of Sniper following Increasing Use for Suicide

Anger over government’s plan to mark independence for ‘365 days’