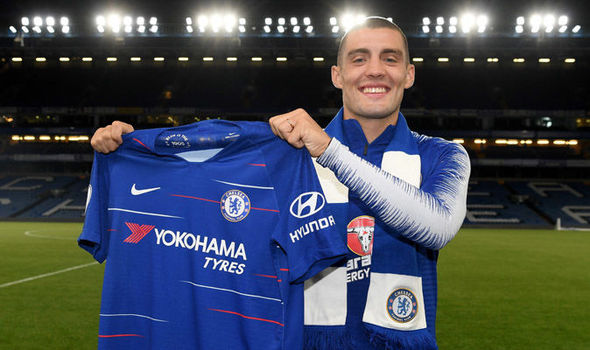 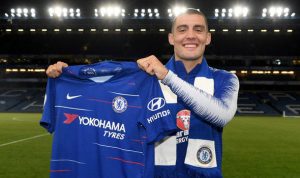 Croatia international midfielder Mateo Kovacic has said that it feels “amazing” to have completed a one-year loan move to Chelsea from Real Madrid.

The 24-year-old has departed Santiago Bernabeu in search of regular football, having started only 21 matches across all competitions last season, and hopes he will find it at Stamford Bridge.

Goal reported on Tuesday that a move was in the pipeline and it was completed formally on Thursday as part of the deal that saw Thibaut Courtois move in the opposite direction, hours before the transfer deadline in England.

It is a move that excites a player who was such a strong influence in his country’s surprise push to the World Cup final at Russia 2018, where they were finally unseated by France.

He told the club’s official website: “I am really happy and excited to be here at Chelsea. It is an amazing feeling. I will try to do my best for this club. It is a new league for me, the beginning is always tough but I am sure the coach and my new team-mates will help me and I am looking forward to a great season.”

With a strong work ethic and a reputation as being a player with excellent technical abilities on the ball, it is expected that the former Inter and Dinamo Zagreb man will slot neatly into the system of new coach Maurizio Sarri at the London club.

Chelsea director Marina Granovskaia explained: “He is a perfect fit for us this season, his style is well suited to how Maurizio wants to play and we are sure he will prove to be a valuable asset for the club.

“We are very happy to welcome Mateo to the Chelsea family.”

His arrival follows hot on the heels of that of Kepa, who became the club’s record signing and the world’s most expensive goalkeeper when he was unveiled on Wednesday for a fee of £72 million ($93m).

Over the course of the summer, the Blues have also added veteran goalkeeper Robert Green to their ranks from Huddersfield, while midfielder Jorginho followed manager Sarri from Napoli for around £57m.

They begin their Premier League campaign on Saturday with a trip to Huddersfield, having drawn all three of their ICC fixtures, including against Lyon on Monday.